Are You Prepared For The End Of Windows 7? 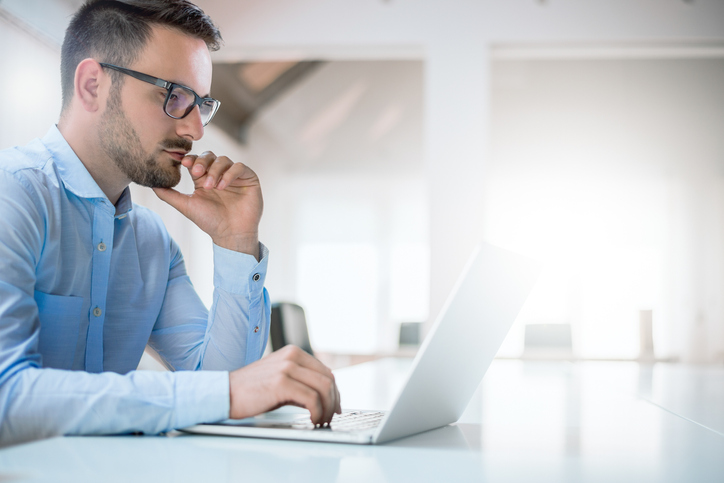 Living in a technology era that sees device upgrades and new products on what seems like an almost weekly basis, it’s difficult to imagine that Windows 7 has remained in play since its release in 2009.

According to Net Market Share’s December 2018 data, 40.86 percent were still using Windows 7 compared to a modest 36.37 percent engaged in Windows 10. Trailing the two leaders, Windows 8.1 saw a mere 5.07 percent and Windows XP stood at 4.08 percent. That means Windows 7 ranked as the most popular platform after a decade on the market.

However, the days of Windows 7 are numbered. Starting on January 14, 2020, extended support for this industry favorite will cease.

The Windows 7 end of life (EOL) is not a surprise for IT companies because Microsoft already cut off mainstream support four years ago. The imminent Windows 7 EOL leaves small and mid-sized companies weighing their options about the best next steps. Fortunately, the IT professionals at Mogsnet Computers are prepared to upgrade small and mid-sized businesses using Windows 7 to a suitable alternative.

Are You Prepared To Upgrade Before Windows 7 EOL?

While the EOL deadline may seem miles away when considering critical day-to-day business operations, conducting a critical systems analysis and reviewing next steps options is something that decision-makers would be wise to implement post haste.

Upgrading a company’s operating system is no small undertaking. The process could take a top-flight IT support team upwards of six months to develop a comprehensive strategy to test, implement and fully deploy the new system. That timeline hinges on prior decisions being made and only reasonably anticipated setbacks. Anyone who runs a business understands that x-factors can cause unexpected and costly delays.

CEOs and decision-makers who fail to make the shift before the Windows 7 EOL date risk losing security features currently protecting systems and data. We live in a world where hackers are persistent in their efforts to find vulnerable business systems that they can pluck like low-hanging fruit.

It’s not difficult to recognize that hackers are fully aware of potential vulnerabilities when the Windows 7 sunsets. They will be up all night identifying and breaching systems with inadequate security. Think of the Windows EOL date like a massive power blackout and hackers are like looters taking advantage of the crisis to break into your business and steal. The best way to avoid disruption and cyber theft is to take proactive measures now.

Positives About Upgrading From Windows 7

For all practical purposes, users are being forced to migrate from Windows 7 to another product. The mainstream support ended in January 2015 and extended support included some minor reductions in support. While it’s true that you can still use Windows 7 and it will function with Internet Explorer and other tools, after the 2020 EOL date, security risks will likely escalate without ongoing support. While business leaders often operate under the “if it’s not broken, don’t fix it” theory, Microsoft reportedly recommending that Windows 7 users upgrade to Windows 10 is not necessarily a bad thing for small and mid-sized companies. These are key reasons why change can prove beneficial.

Your outfit will enjoy the most up to date functionality, productivity, user interface, and outstanding security measures. Upgrades have the potential to interact with important analytics, machine learning, and other emerging technological advancements.

At Mogsnet Computers, our team of IT professionals understands the inherent benefits that migration to Windows 10 and other options can bring to the table. Migrating to Windows 10 or a suitable alternative is not a nuisance; it’s a business opportunity.

Windows 7 EOL Presents An Opportunity To Develop A Uniform Process

Consider for a moment that your organization has developed protocols and processes that help it maximize productivity and profitability. Those might include anything from a manufacturing assembly line to information sharing to HR policies. Just about everything a successful outfit does helps improve its standing and bottom line. That being said, systems upgrades are no different and the Windows 7 EOL has presented an opportunity to create uniform policies and protocol.

By working with an IT support consultant, your organization can lean on the experience of a team that upgrades and migrates business systems regularly. You also gain the benefit of working with team members that have an expansive knowledge about goals within your industry and others. That information can prove valuable when applied to your niche.

Conducting a full review and documenting real-time process leaves your organization with a blueprint for future upgrades. Windows 7 is effectively going the way of the dinosaur and its replacement will likely go extinct as well. It’s important to seize this opportunity to reduce the six-month or longer process the next time. These are other benefits your organization can gain by creating a regular upgrade process in 2019.

One of the expected benefits of moving to Windows 10 is that the product allows IT technicians to implement updates to a variety of devices simultaneously. This is expected to improve efficiency by limiting the time spent on tasks that are not directly related to your business’ profit-earning activities.

There’s a good reason that such a low percentage of users work with Windows 8. It was widely considered a disaster. According to The Inquirer, “Users and administrators adamantly demanded to step back to Windows 7 desktops. Not only was the new user interface of Windows 8 unwelcoming, but the removal of simple features such as the Start button sent users into a tizzy.”

The piece goes on to explain that although users freaked out over the Windows 8 product, migrating to a user-friendly Windows 10 option could be favorable.

“Adopting Windows 10 can be as simple as upgrading an existing Windows 7 computer based on your Microsoft licensing agreement, but in many cases, a device refresh may be necessary due to hard drive space, system resources or physical capabilities,” The Inquirer article states. “From a financial perspective, the cost of a new computer — plus IT staff setup time and lost user productivity during the transition — comes at a significant price.”

But there are other options on the market that decision-makers may want to consider. These include the following.

Although migrating to Windows 10 is expected to be a reasonably positive transition, there’s little argument that Windows 7 was a solid product. It continues to be a highly regarded operating system and some business leaders may want to consider the possibility of working with the product beyond the 2020 EOL date.

It may come as something of a surprise, but Microsoft reportedly may provide support for some organizations beyond the 2020 EOL date, according to The Inquirer, Computer World, and others.

Called Windows 7 Extended Security Updates (ESU), the after-drop-dead deal will add support through January 2023, according to Microsoft. “While many of you are already well on your way in deploying Windows 10, we understand that everyone is at a different point in the upgrade process,” Computer World reported.

Additional Windows 7 support is expected to be sold on one-year deals and businesses can expect to pay a premium. The move is viewed as a costly stop-gap measure for organizations that are falling behind a reasonable migration timeline.

Organizations that have not already begun the process of migrating from Windows 7 to Windows 10 or another suitable option are strongly advised to contact an IT professional ASAP. Delaying the inevitable could prove expensive one way or another. Mogsnet Computers has a team of knowledgeable migration consultants and specialists with the hands-on experience to see your outfit through this challenging period.

Mogsnet Computers > Mogsnet Blog > Are You Prepared For The End Of Windows 7?